Third appointment on the Mantua track for the 250 European Championship, the rain that fell during the night and in the early hours of the morning made the sandy bottom heavy and very technical. In the qualification Mattia Guadagnini has conquered an excellent fourth place, Barbaglia 20th time and Tuani 22nd. Maximilian Spies is involved in the German championship and is also the leader of the classification. At the start of the first heat Mattia had a good start and immediately moved into second position, Guadagnini during the second lap took the lead and thanks to an incredible pace he won with a margin over his opponents. Tuani ends 24th and Barbaglia 27th. In race 2 Guadagnini managed to start again very well by entering the first corner in fourth position, Mattia climbed the rankings with fast laps and on lap seven he took the lead, winning undisturbed. Great performance for Federico Tuani who closes 13th, Barbaglia 29th. Mattia Guadagnini wins his second consecutive GP managing to recover many points in the general classification. 125cc debut for Ferrucio Zanchi who in his first race takes his first championship points. 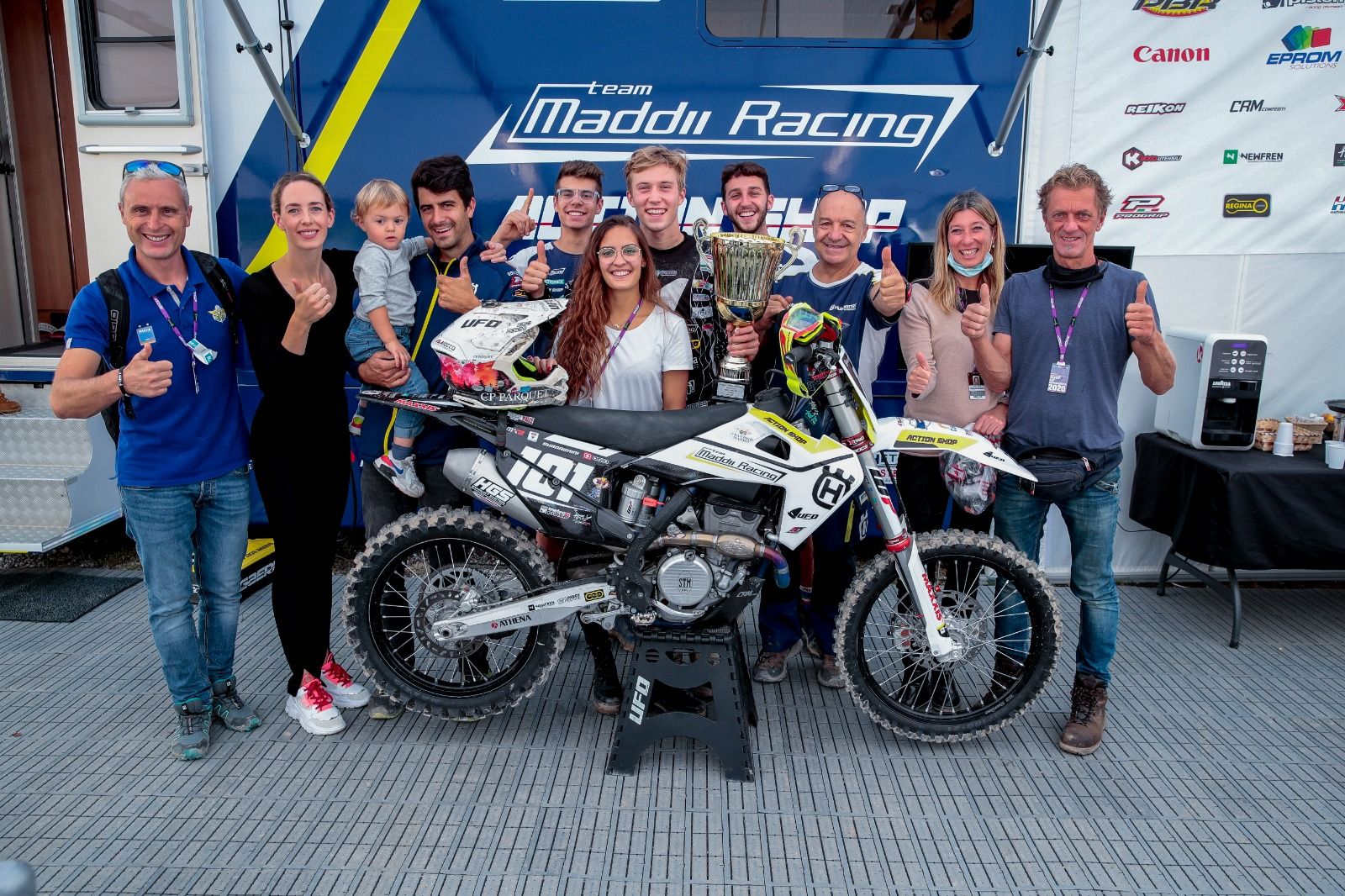 Marco Maddii: ”We are very happy, another beautiful day, Mattia is in shape and you can see from the races in Latvia it was stronger and stronger. We still have many points of disadvantage but today he managed to recover many and everything can happen. Bravo Federico who did a great second heat and Eugenio also performed well. I have to congratulate Ferruccio, in his first race he took a point. Today I couldn't ask my boys for more. "